Beto announced his intention to run for president finally after a lot of coy teasing.

It was pretty hilarious, not gonna lie.  That guy cracks me up (Beto, not Jimmy Fallon). Like, everything about Beto from his insane supporters to his goofy behavior to the media’s overenthusiastic reaction to him seems tailor made to tickle my funny bone. Everything. Him supposedly looking like a sexy Kennedy and thus being a desirable candidate for that reason alone, the fake Hispanic vibe, the furry costumes, the guitar strumming, the skateboarding, the cryptic interviews.  You have to be dead inside or completely consumed by dogma not to find it all funny.

I admit I’ve had some good fun at Beto’s expense over the past couple days. 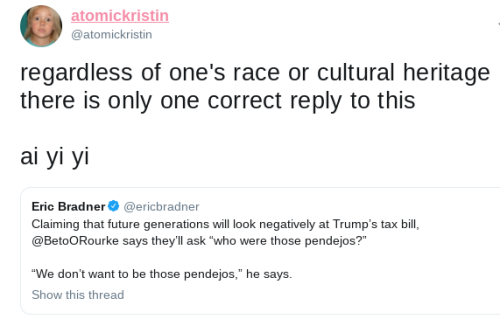 I think the funniest thing of all is how much leftists hate him.  And not even the Chapo-type of leftist who hates everyone, I mean the regular leftist on the street.  They flat out despise Beto.  Many leftists are seemingly shocked by his continued existence, as if he was brewed in a lab by Debbie Wasserman Schultz and after failing to defeat Cruz, a portal would open and suck this Manic Pixie Dream Boy back to wherever it was he came from.  It’s intolerable that he’s still hanging around entertaining the notion of spoiling their Bernie-scented dreams.

But my dudes, you created Beto.  Beto wouldn’t be a thing without the mindset of the left for the past 3 decades.  The celeb-worshiping, juvenile-shenanigan-loving, childhood-never-leaving, cool-mongering, sex-drugs-and-rocknroll-celebrating, hipster-bearded-dudebro-embracing left has brought Presidential Candidate Beto O’Rourke into being as surely as if they’d conjured him with an incantation from one of those Harry Potter books they love so well.  Betoamericus Presicandidatus!

Hate Beto?  You MADE Beto!

Maybe you, dear reader, have no recollection of where this slow slide into Idiocracy began but I do. It started on the Arsenio Hall Show.  Then-candidate Bill Clinton gamely chatted up Arsenio (who was at that time the epitome of cool which is in and of itself weird and hilarious) he played the sax, he smoked pot but didn’t inhale, he was a horny guy who talked funny and liked bewbs but no biggie because we Democrats weren’t a bunch of stuck up fuddy duddies like those damn Republicans were.  I mean Bush didn’t even like BROCCOLI, WTF how stodgy and old fashioned is that?

And you know what, Bill Clinton probably became president because of it.

I will admit something, though.  Even I, who was a pretty hardcore liberal at that time and actually voted for Bill Clinton, felt there was something unseemly about it all.  Even though I was young and dumb myself, I didn’t LIKE it that Bill Clinton had played the saxophone on the Arsenio Hall show.  It embarrassed me. I thought, even back then I thought, that it was stupid and immature and really meant to appeal to the dumbest of the dumb (who would pretty much all be Rhodes scholars compared to the dumbest of the dumb, 2019 version) and I had a sinking feeling that it was the beginning of the end of presidential dignity.

There is not enough cringe in my entire body to cover the cringe deficit that these videos induced within me.

This type of stuff is NOT PRESIDENTIAL.  Donald Trump may not be presidential (srsly) but in his way he’s really just kind of following in the footsteps of Obama humping a disco ball.  Donald Trump’s supporters (some of them) are thugs and hooligans but Hillary’s MOST FAMOUS AND POWERFUL supporters made Sensual Pantsuit Anthem – and they released it right before the election THINKING IT WOULD HELP HER CHANCES.

Somewhere along the way, even as Republicans ceded the moral high ground and accepted their role as “Permanent Bad Guy” in the Kabuki theater the Democrats and Republicans have been putting on for the benefit of the American voter, the Democrats accepted their role as “Stupid Idealistic Teenagers” and permanently ceded the maturity high ground to Republicans.  Democrats seem like the adult equivalent of Lori Loughlin’s stupid spoiled daughter compared to the Republicans. Sure, the Republicans may be evil racist reactionaries, but the Democrats are perpetual 16 year olds, with everything that entails. Hillary Clinton herself acts so petty and immature and lacking in self-control regularly it is flabbergasting to me that anyone still thinks she would have been a good president.  She wouldn’t even have been a good hall monitor.  That chick is a born narc.

Democrats are juvenile delinquents shouting “You just don’t understand me” at their stern Republican parents, while they flick their overgrown hair out of their tear-filled eyes and don their leather jacket so they can sneak outside and BMX to the old quarry where the kegger is going on.

Y’all may sputter and bluster and decry the very concept, but deep down you know it’s true.  The ONLY Democratic candidate in recent memory that consistently behaved like a grownup, John Kerry, got his ass handed to him.  And perhaps most chillingly, thinking back on it, even the REPUBLICANS that seemed mature, sensible, diligent – all of them lost.  Our presidents have been Bill Clinton (childish buffoon), George W (childish buffoon) Barack Obama (not THAT immature per se but compared with elder statesman John McCain, childish buffoon) and Donald Trump (megachildish megabuffoon).  And let’s be honest here, even Ronald Reagan was a little buffoonish sometimes.

The last two grownup presidents we had were ineffectual one-termers.  The one before that quit in humiliation. Then LBJ AND JFK.

You gotta go all the way back to Ike to get a solid adult president.

What the fuck is WRONG with us, America?

Using this metric I’m calling it.  Beto O Rourke is gonna be the next president of the United States because he’s so fucking undignified he makes Donald Trump look all classy and professional in comparison, kind of like Batman’s butler Alfred, just to couch that in terms that most of you can comprehend.

We gotta get back to the reason the left hates Beto and has been ragging on him so hard this week (or longer, in some cases) because it’s important.

Setting aside questions of record and personal beliefs that only wonky assholes like me care about, if you’re a leftist, you probably feel that you can’t have Beto as a candidate because you guys kept talking up Hillary’s experience and Beto has no experience.  You may worry you’ll look like huge hypocrites just like you looked like huge hypocrites for making coolness and youth into your brand and then giving voters Hillary who had neither.  Furthermore you may worry that you’ll look like the hugest hypocrites of all time FIRST making youth and cool your brand THEN chucking that in favor of experience because Hillary had experience and THEN chucking experience and going back to emphasizing coolness and youth instead.

And you’d be right about that.

Even more so, if you’re a leftist, you may worry you cannot have Beto as a candidate because he’s a hugely phony inauthentic poseur whose image was obvs created by a focus group and you’ve hung your budenovkas on being anti-poseur, pro-genuine, anti-shill.  You may worry you’ll look like huge hypocrites just like you looked like huge hypocrites for making the uberposeur ultraphony corporate shill (and BTW CHEATER) Hillary Clinton your candidate after being so vocally anti-poseur/phony/shill.  And again, you may worry that you can’t claim to believe in something fiercely, then chuck it totally, then believe it fiercely again and expect people aside from your most dedicated core voters to take that seriously.

And again, I’d say, you’re right about that too.

Democrat friends, you’re fucked.   Unless you have an Oprah-shaped rabbit up your hat, say hello to President Beto and make your peace with confirming every negative thing that every Democratic Party critic both right and left ever said about you.

Honestly, whatever though.  It doesn’t matter.  You may as well go with Beto.  I’m pretty sure that your movement is rotten from stem to stern anyway.  So lost as you are wandering in your own hypocrisy waiting for someone to give you a map that has a more definitive set of directions than “Hope” and “Change” written on it, you are apparently somehow even capable of ignoring the unignorable sexual peccadilloes of Bill Clinton (including a close relationship with probably-evil Jeffrey Epstein) and Hillary’s associations with chronic perv Harvey Weinstein and a lot of other stuff besides while pretending that #metoo was really going to change anything at all.

Beto is your cross to bear, he may as well bear your standard.

O’Rourke is your Frankenstein, Democrats.  You built him piece by piece out of bits of other candidates and icons and cool people and now you’re taking a step back and looking at this patchwork monster blinking confusedly at you and wondering why he’s lurching around speaking strings of words that are barely intelligible, wondering why the scars of his utter inauthenticity are so noticeable, wondering why he seems so much more like an immature manipulative dick rather than a president.

It’s because you can’t create what you don’t value.  Democrats, you haven’t valued anything beyond cool for so long that you done wrung out your sponge.  You squeezed it dry.  There’s nothing left and you can’t get blood from a turnip.  Your candidates are mean, crooked, pervy, immoral, greedy, disrespectful, selfish, self-absorbed, racist, sexist, and phony but that’s because you didn’t actually care about any of that stuff.  You only cared about “cool”. Well, you reap what you sow, and what you sowed all those years ago back in 1972 when a baby named Robert Francis O’Rourke was born, was the seeds of Beto. A guitar-strumming, bar-hopping, drunk-driving superentitled douchebag who’s about to fuck up all your little plans and serve up more of the same when what you really truly wanted was something completely different.

Good luck with that.

Maybe you know me online as atomickristin or perhaps as atomicsagebrush.  Or maybe you don’t know me at all yet.  No matter, you can call me atomic.

This is where I write about various things I am interested in and live out my fantasy of being a saucy, sassy girl reporter writing a novel in her spare time instead of a boring, exhausted technical writer who cleans toilets in her spare time.